Skip to Content
Home All Recipes And Then Some... An Easy Cuban Bread Recipe from Scratch
Jump to Recipe - Print Recipe

The starter is made up of just yeast, flour, and water. Remember this needs to be mixed and put in the fridge overnight. This mixture helps to get the dough going when mixed in! The mixture goes together in seconds. It is no effort at all!

Mixing the dough for the Cuban bread recipe

Hang in there! Almost done! After the rectangles have risen, use a sharp knife to cut a 1/4 inch deep slice down the top of the rectangle. Next spray the loaves with a bit of water to help form the crust.

Bake the bread at 400 degrees F for 10 minutes. Rotate the baking sheets and continue baking for another 10-15 minutes more. After baking let the loaves cool for at least 20 minutes before cutting into them.

The Cuban bread recipe is a long one but so worth it! Enjoy! 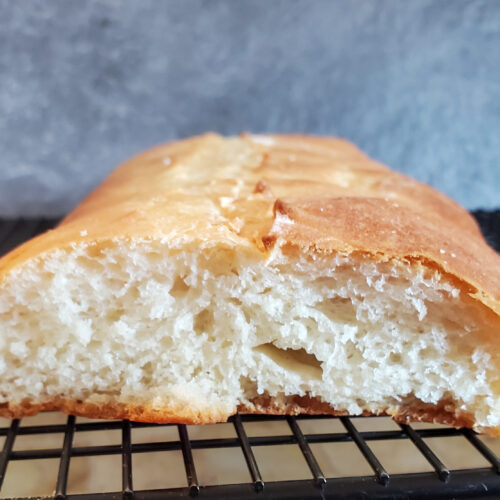